skip to main | skip to sidebar

Another Detainee Released to Celebrate this Aidil Fitri

An alleged member of the Jemaah Islamiyah (JI) militant group has been released from detention after being held without trial for almost eight years, police said today.


p/s: On behalf of all admins of this blog, i apology to our respectful readers for posting this good new so so late. Mmm ... a day after the release? Not bad considering i am just a man doing a job here. Look, let's compare it with the work rate of our Home Minister, Mr. Hishammuddin Hussein? 8 years to release the then-only-suspected-terrorist ISA detainee, eh? Omg!

Welcome to all and thanks for visiting. For the Malay version, please click here:
Bebaskan Tahanan ISA 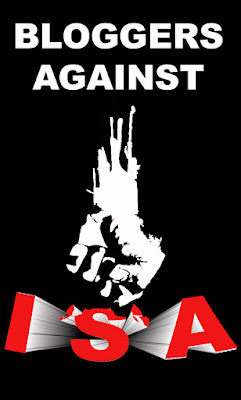 and screw those who thought otherwise..

a song tribute to all ISA victims..

we dig this (still not finish..)